Can They Really Work in America? 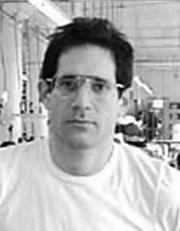 These new developments are a result of a previously disclosed inspection that ICE conducted in early January 2008 to determine American Apparel's compliance with Section 274A of the Immigration and Nationality Act. According to a statement released by American Apparel, ICE's notice "provided no indication that American Apparel knowingly or intentionally hired any unauthorized immigrants."

If these employees are unable to resolve the discrepancies in their records, they will be terminated. American Apparel said even though the loss of these employees would be substantial, representing approximately one third of the 5,600 employees the company employs in its manufacturing operations in the Los Angeles area, they do not believe it will have a "materially adverse impact on financial results."

"Many of these employees, some of whom have worked at American Apparel for as long as a decade, have been responsible, hard-working employees who have made significant contributions to the company's growth and success," said Dov Charney, CEO of American Apparel. "As a company that prides itself on being one of the last major apparel manufacturers still making clothing in the United States, at a 'sweatshop free' factory where we pay our garment workers some of the highest wages in the industry, it is the company's hope-and my personal hope as an immigrant myself-that these employees are able to confirm their work authorization so that they may continue to work at American Apparel."

Peter Schey, an attorney representing American Apparel in the ICE investigation added: "Unfortunately, companies like American Apparel do not have access to the government's files that establish whether individuals are legally authorized to work in the United States, nor have they historically had access to reliable methods to discern the authenticity of identification documents presented by job applicants. Given the large number of people who are believed to reside in the United States without proper documentation, estimated by some to be as high as 12 million, a review of I-9 documents of any manufacturing or service business in areas with large immigrant communities would likely disclose a significant amount of workers who used invalid documents to gain employment, regardless of an employer's compliance with I-9 laws and rules."