Examples from the CK One underwear collection.

Significantly, however, the company reported that same stores sales, for its physical stores that have now reopened, are only down modestly from last year. In the conference call to discuss the results, COO and CFO Mike Shaffer said sales are “running about down 25% from North America, down 20% for Europe and down 25% for total Asia, with China flat.” He added that “China was the first country to close and the first country to reopen with the pandemic.” 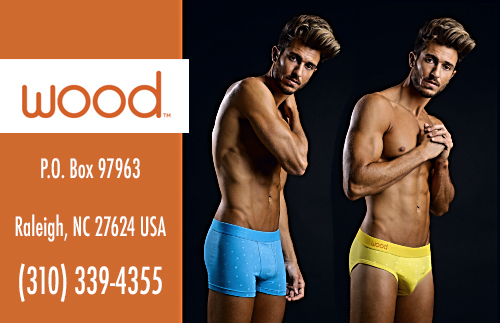 Added president Stefan Larsson, referring to the company’s North America stores, “we are pleased to see how the consumers are coming back. In our own stores, small doors are performing very well. Our domestic consumers are over indexing, and it will be critical to target that domestic consumer for the remainder of the year.”

During the early phases of the pandemic, PVH reported that “the majority of the company’s stores and its wholesale customers’ stores globally were closed for six weeks on average,” adding that sales in its own stores “declined approximately 50% to 65% compared to the prior year period, depending on the region.” Meanwhile its “directly operated digital commerce businesses experienced strong growth in all regions, increasing 47% globally compared to the prior year period, partially offsetting the revenue decline in the company’s other distribution channels.”

“By mid-June, over 85% of the company’s stores globally are expected to be reopened. Sales for reopened stores for the second quarter-to-date are running down approximately 25% globally compared to the prior year period,” PVH noted, adding “the pandemic will continue to have a significant impact on the second quarter and full year 2020 results; while the company expects that its revenue decline in the second quarter will be more pronounced than in the first quarter, it cannot provide more detailed guidance at this time due to the dynamic nature of the situation.”

During the conference call company executives pointed to some positive results in the underwear sector of the company’s business. Larsson said “across brands and regions, we have seen the consumers in an accelerated way going towards cash on essential products. There is a big increase in demand for our essential categories like underwear,” as well as loungewear, t-shirts, hoodies, activewear and jeans.

He added, “the Calvin Klein lifestyle is truly resonating with consumers during this time, particularly our underwear, loungewear, activewear and wear now offerings. We adapted our marketing message to reflect this through our at-home in my cabins campaign. Our efforts were successful as we saw significant growth in new consumer shopping our sites and we continue to focus on new consumer acquisition as well as retention and conversion. For example, our CK One launch, which is our replay of iconic genderless collection from the 1990s cater to the younger consumer and now represents 10% of our CK underwear sales in Asia.” — NM

The full conference call transcript can be found here: https://seekingalpha.com/article/4353607-pvh-corp-pvh-ceo-manny-chirico-on-q1-2020-results-earnings-call-transcript?part=single