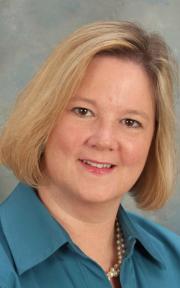 (Filed Under wholesale Basics News). Laura Ashley, Inc. has announced Penne Cairoli has been named president of the company and will oversee licensing and e-commerce operations for North and South America.

Ascending from her former position as vice president of licensing, Cairoli joined Laura Ashley in 1987 and has held management positions in buying, design, licensing, product development and sales. She replaces former president Ng Kwan Cheong, who has been named C.E.O. of London-based Laura Ashley Holdings PLC.

Laura Ashley, Inc. produces women’s and children’s intimates, nightwear and ready-to-wear lines as well as home furnishings. The company is based in Fort Mill, S.C.