Q&A with Christopher Scharff of Dreamgirl 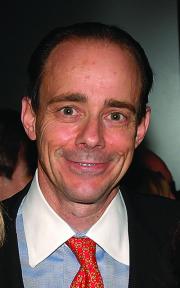 Nick: In a challenging year, Dreamgirl has continued to grow. This comes after several years of rapid growth. What are some of the main reasons for your relentless growth? In terms of annual sales, how big is Dreamgirl in 2011?

Christopher: Thank you for the compliments. Our relentless growth is generated by the team of highly skilled professionals assembled at Dreamgirl. For 2011, we decided to reorganize our infrastructure and bring on new talent, allowing Dreamgirl to develop new opportunities. Our sales are doing well in 2011 and are expected to settle up close to $50 million between the lingerie and costume segments. We expected a dip in costume last year, so we ramped up a more aggressive sales program for lingerie, especially in packaged lingerie.

Nick: Dreamgirl has put an emphasis on technological innovation in its costumes. Is this a continuing area for promoting growth, and will Dreamgirl continue to place emphasis in this area? Can you provide any recent or future examples?

Christopher: Innovation is very much a part of Dreamgirl and it will continue into our future. We’re always going to push new ideas in design — it’s our way of staying relevant in a tight market. We have new innovations that include sound and motion, light-ups, recording devices, sound effects and reversible sequins.

Christopher: For 2012, we are not planning on expanding past our current trade show calendar, which encompasses around 20 shows — both domestic and international — with our distributors. We are looking into Asia, but are not ready to jump into any trade shows there yet.

Nick: Many U.S. lingerie and costume companies ignore Europe, Asia and South America. What is the international sales presence of Dreamgirl? What major territories or countries are you in — and not in? What percentage of sales are in the U.S. vs. outside the U.S.? What are the trends going forward?

Christopher: We do not ignore anyone — if there is a sensible deal to make, then we are happy to do business. Dreamgirl is doing well in Canada, the U.K., the E.U. and the Middle East. We are looking into South and Latin American expansion. Right now, in this economy, the trend is to look for higher ground — thankfully, we have a nice view.

Nick: Licensing has been a big part of the costume industry. Some costume giants rely heavily on licensing. What is Dreamgirl’s approach to licensing? Will we see Dreamgirl taking on more licenses in the future?

Christopher: We are looking into licensing for 2012. We have new team members who come from licensing backgrounds at Dreamgirl and they are overseeing the project. Expect to hear more about our new licensing strategy around the second quarter of 2012.

Nick: What about costumes for kids, pets, men? What is the status and future plans for costumes in these categories going forward?

Christopher: We’ve already expanded our Sugar Sugar line to include teen, tween and now little girls’ costumes. For 2012, we are launching our boys’ line, Mischief and Mayhem.

Nick: What portion of Dreamgirl’s business is in private label? Is this a growth sector for the company?

Christopher: Our private label line is only a couple of years old, so it’s a modest percentage of our overall sales — but we see it as a huge growth opportunity. We are in the right channels and opening new opportunities for 2012 costumes.

Nick: In the past, you have talked about expanding Dreamgirl into "new areas, blue ocean." What is the status of this initiative? What new areas of expansion can we expect from Dreamgirl in the future?

Christopher: We are launching Pink Diamond at ILS 2012 — our new packaged lingerie line of younger-skewed lingerie. It’s in bright colors and more fashionable designs. We have found that our club dresses are a nice area of expansion into mainstream apparel stores. The quality is good and the pricing is very competitive. We are also expanding our fetish, DVD and toy lines of packaged lingerie.

Nick: Dreamgirl has moved to build an internal sales management team. Do you foresee a time when "outside sales reps" in various territories will no longer be used by the company? Or will outside reps always play some part?

Christopher: Outside reps will always be critical to the industry. It’s based on relationships and a great rep has great relationships. An internal sales team is important to handle "national" accounts, but an independent rep knows his or her territory — and what sells in one area may not sell in other parts of the country. That is where the outside sales rep is important — they know the region and what the consumers are buying.

Nick: In the past there has been some talk that you might take the company public or modify your role at the company.

Christopher: I’m happy where I’m at, but I wouldn’t refuse a great business opportunity.

Nick: There is a growing consensus that China apparel prices will continue to rise. Do you agree with this? What are you doing about this? What do you think it means for lingerie and costume prices going forward?

Christopher: Of course prices are going to rise — they may plateau for a bit in between spikes, but the overall cost of living is going up everywhere. We are developing both internal and external strategies to cope with the strains of manufacturing in China, from enhancing our supply chain management to sourcing new factories to streamlining our production process. Product retail prices are going to rise no matter how much we all try to suppress it. We just have to be innovative and come up with compelling products that keep the consumers happy and coming back for more.