To receive more info from Fantasy Lingerie about a particular product, Click on the photo (photo will enlarge). 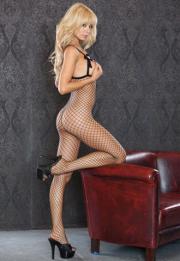 (Filed Under wholesale Lingerie News). Fantasy Lingerie has just moved out of its original location in Pacoima, CA to new quarters at 21345 Lassen Street in Chatsworth CA 91311. They are utilizing their existing toll free number: 877-777-4910. As of late March 9th at least one of their local numbers was not working. One alternate number is 818-773-4999. E-mail addresses for all employees are the same as before (including Mike@fantasylingerie.net for president Mike Savage).

“We are very excited about the move, and our new warehouse,” declared Savage in an e-mail message, adding, “We will be introducing our new 2011 catalog at the ILS show, 120 pages of beautiful new hanging garments, new hosiery items, and our best selling Pink Box line of women’s lingerie, and Excite our best selling men’s line.”

The company, which was recently purchased by a team lead by Savage, had been at the Pacoima location for many years. Former Fantasy owner Dick Wolowiec, who had retained ownership of the original location and was leasing to Fantasy, told BODY he has just signed a new lease with Brice Manufacturing Company (which is a subsidiary of TIMCO Aviation Services, Inc.).