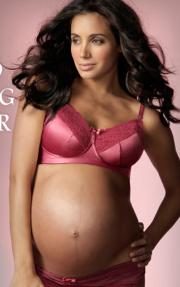 A style by HOTmilk.

(Filed Under wholesale Maternity News). Despite an uncertain global economy throughout 2010, HOTmilk Lingerie said its sales were up significantly over the previous year.

The New Zealand-based maker of maternity and nursing lingerie reported particular strength in Europe, where sales increased 65 percent, including a 30 percent jump in Britain.

“The increase can be attributed to higher volume ordering and a steady increase in the number of accounts,” the company said. “Of particular significance are reputable stores Brown Thomas in Ireland, contributing to a 145 percent year on year growth by market compared to 2009.”

Since launching four years ago, HOTmilk has launched in 47 countries, now servicing more than 850 retail customers globally. In the United States, the company’s branded styles can be found in Intimacy and A Pea in the Pod locations, among other specialty and maternity stores.