To receive more info from American Eagle about a particular product, Click on the photo (photo will enlarge). 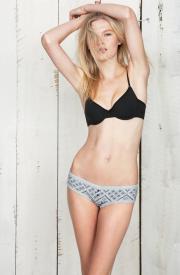 The company called its entrance in Japan part of a larger international expansion, which included opening its first stores outside of North America in Dubai and Kuwait last year. “Japan is one of the most important international markets for retail and home to millions of fashion-conscious young people,” said Jim O’Donnell, C.E.O of American Eagle Outfitters. “Sumikin Bussan Corporation is the ideal partner for this region, given their extensive experience, industry leadership and commitment to creating lasting value for customers.”

“There is tremendous opportunity for sportswear brands in Japan, both domestic and international,” said Gashun Amaya, president of Sumikin Bussan. “American Eagle Outfitters is increasingly popular among Japanese customers, who have experienced it in their travels to the U.S. and Canada, as well as online. We are very pleased to offer this brand to customers across Japan with the official launch of the flagship store at one of the most auspicious shopping destinations in the world.”