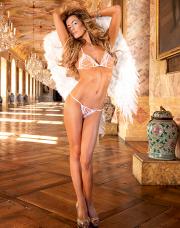 (Filed Under wholesale Lingerie News). Baci Lingerie has signed an exclusive distribution partnership agreement with ABS Holdings Inc., which, according to its website, is the largest adult wholesaler in the UK.

“With the UK market being a key market for us we are extremely proud and excited to have the biggest wholesaler in the UK as our strategic partner,” said Robert Rosen, C.O.O of Baci Lingerie. “ABS Holdings is a proven leader in the UK and Baci Lingerie was seeking a partner who not only has the logistical capabilities to distribute all of our brands and products but who also shares our goal of becoming number one in the UK in the lingerie market.”

Tim Hemmings, chief executive of ABS Holdings, also expressed his confidence in the partnership. “We’re delighted to be partnering with Baci Lingerie, and very much looking forward to launching the brand to the UK trade in the New Year,” he said. “Our unrivalled experience and efficient operational capabilities make ideally placed to deliver the ambitious and exciting program of rapid growth planned.”