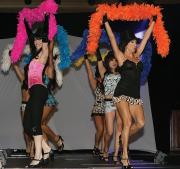 (Filed Under wholesale Lingerie News). For the first time, this September’s International Lingerie Show (ILS) will host free seminars open to all attendees and exhibitors. They will be held on Tuesday, September 28, and will cover topics ranging from maximizing holiday business to tools for Internet success. According to Jeff Yunis, owner of Specialty Trade Shows, the company that operates ILS, speakers will include some of the most knowledgeable retailers and brands in the intimate apparel business.

Yunis said that ILS’ decision to hold the seminars falls in line with the show’s focus on the needs of retailers. “Our success is a result of us listening to what the buyers are asking for,” he remarked. “We have changed the show’s hours, dates, set-up, and times based on our customer’s requests, and so when they asked for seminars, we found an organization that runs them often, and contracted with them. If they are successful, we will hold them at future shows.”

Yunis was not able to predict how many buyers will attend the September show (September 27 through 29) at this time because registration tends to pick up in the weeks before the event, but based on current registration for Specialty Trade Shows KidShow and WWIN Show this August, he expects numbers to increase from last year. “The registration for our August shows has been very strong, and we’re expecting the same for ILS,” he said.

“We expect the September show to increase if all goes well. We been holding the show since 1996, and we have found that very little effects those who attend. We have weathered the last two years with huge shows, and I’m sure we will do so again. We do a lot to make the buyers feel welcome, and we point out that coming to the show saves money because they are able to purchase many lines in one venue for less, as well as shop the lines that do not have sales reps. I am a former lingerie store owner, so I know how to run the show with the buyers at the forefront of my mind. As a result, we are the show that buyers love to come to.”

At the spring 2011 show, slated for March 28 through 30, Yunis expects the Halloween Show taking place in conjunction with ILS will be “larger than ever before” based on many specialty store buyers holding off on buying for Halloween until later in the season.

“Halloween sales are changing. They start in December for Target and Walmart, but for a small, west coast store, it doesn’t make sense to buy so early in the season. We are seeing huge growth for us in that market,” he said. “We’ve also had great success with the largest brands in the costume business, including Rubie’s, Leg Avenue and California Costumes. Our Halloween Runway Show, as always, will be spectacular; we expect approximately 2,500 people.”