To receive more info from Shibue about a particular product, Click on the photo (photo will enlarge). 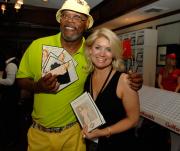 (Filed Under wholesale Accessories News). It has been a busy spring at Shibue Couture, best known for its strapless, seamless panty. Kari Loftin with the company described this April’s ILS as “by far the biggest show we’ve ever had. From that show we opened about 40 new accounts with many of them having multiple stores, such as Fascinations, Castle Megastore, C&S Distributors’ Priscilla’s locations in North Carolina, and Adam & Eve.”

In addition to landing those big-name accounts, Loftin reported that, as of ILS, Wrapped Secrets is now the distributor of Shibue Couture in Australia.

On the product front, this June the company will launch its stylist kit, which comes with one strapless panty, a pair of cover ups, silicone cover ups, and the new fashion tape.

Jenny Buettner, president of Shibue Couture, said they launched the kit to make the stylist’s job simpler. “It is a collaboration of our products put together in one kit,” she explained. “Stylists come in to our PR room in LA, and have been using our products on movie stars and others for shoots, evening gown wear and to walk the red carpet. We decided to make it easier for them by presenting our solution products in an adorable little case.”

According to Buettner, the response to her products at the event “was just phenomenal.” Castillo wrote in an e-mail to her afterwards: “It was a pleasure meeting you at the George Lopez golf event last week! Just wanted to saw thanks again for the lovely gift…it will definitely come in handy and I’ve already told so many friends about your product. It’s awesome! I wish I had them when I was Miss USA.”