To receive more info from hotmilk about a particular product, Click on the photo (photo will enlarge). 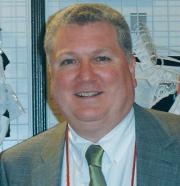 (Filed Under wholesale Maternity News). HOTmilk is deepening its U.S. presence. The New Zealand-based producer of fashion maternity lingerie has hired Larry Lardner, formally of Anita, in the new role of market development manager for the United States. With the new position, HOTmilk hopes to grow the brand in the U.S, maximize its profitability and maintain core values.

In his new position, Lardner, who has 30 years of experience in the intimate apparel industry, will manage HOTmilk’s existing domestic agents, while appointing additional sales representatives nationwide. He most recently worked with Anita International, and rose from the position of international sales manager to chief executive officer during his time there. He has also worked for Maidenform, Champion and Kayser-Roth Hosiery, among other companies.

“We are delighted to have Larry on board overseeing sales efforts in the U.S. as we continue to grow HOTmilk as a global brand,” Ange Crosbie, director of HOTmilk, said. “The U.S. is a very important market for us, and we are committed to meeting the needs of the American consumer.”

Lisa Ebbing and Ange Crosbie founded HOTmilk Lingerie in 2006. The company entered the U.S. market in 2009, where it is now sold in over 40 stores including Milkalicious in Alizo Virio, Calif., Bare Essentials in Wilmington, Del and Barbaras New Beginnings in Fort Wayne, Ind.