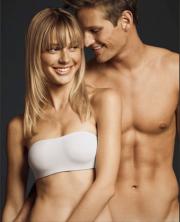 The company plans to open two stores domestically under its intimate apparel brand, Gilly Hicks, during 2010. The company did not release sales results for the Gilly Hicks division; however, in a February 16th conference call, Jonathan E. Ramsen, chief financial officer and executive vice president of Abercrombie & Fitch, shed some much-needed light on the company’s plans for the chain, which has remained steady at between 13 and 16 stores since launching in 2008.

“We expect that bringing Gilly Hicks to break even or beyond over the time will contribute to operating margin improvement,” Ramsen said. “We have a road map for Gilly stretching out over the next few years. For 2010 and 2011, that road map requires us to hold close to the current store count while achieving aggressive goals for increased productivity. Assuming we can achieve those goals, […] we expect to begin a ramp up of the store base in 2012.”

Mike Jeffries, chairman and chief executive officer of Abercrombie & Fitch, remarked about 2009: “We’ve been through a difficult year, but we firmly believe it was a year in which we laid foundations for future success.”

According to Jeffries, the company’s male assortment has “a clear identity,” while the women’s assortment is improving. He reported that the company plans to focus on international expansion, cash preservation while maintaining quality, and improving its product assortment over the next year.