To receive more info from Bordelle about a particular product, Click on the photo (photo will enlarge). 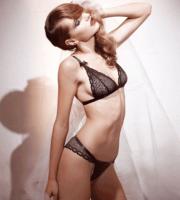 A style from Bordelle SS10 launching at Victori’s Secret

Bordelle commented about the upcoming launch: “Victoria’s Secret is such a well known brand in the USA. [This] will be a good introduction to the American market on the more commercial aspect of the brand, while maintaining a high-end range under Atelier Bordelle.”

Victoria’s Secret did not respond to requests for confirmation on this matter at the time of press.