To receive more info from Chantelle about a particular product, Click on the photo (photo will enlarge). 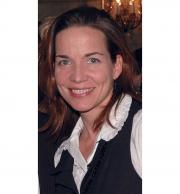 (Filed Under wholesale Lingerie News). The Chantelle Group has named Sonja Winther, president of the company’s North American and UK operations, to its executive committee, effective this March. The executive committee is led by Patrice Kretz, chairman and chief executive officer of the Chantelle Group, and is responsible for the group’s worldwide wholesale and retail operations. It is comprised of the various heads of sales, marketing, production, finance, IT and retail operations.

Winther maintains her current responsibilities, continuing to work out of Chantelle’s New York City offices. She has worked for the Chantelle Group since 1999.

In other news, Chantelle is expanding and restructuring its specialty stores sales team in an effort to more effectively manage its business and service its accounts, according to Winther.

“To keep getting to that next level, we have created the new position of 'business unit manager' for specialty stores,” she said. “This position will oversee all sales and marketing activities for the specialty channel of distribution and it will be filled by Tiffany Berrier, who will be moving from our subsidiary in the UK, where she has served as product and marketing manager for the past four years. Tiffany has been with the Chantelle Group for seven years and will start her new role in the U.S. January 29th, 2010."

In parallel, Kristin Holliman, who has been specialty store manager of Chantelle USA for the past two years and key account manager for the Intimacy chain of stores since 2006, will now be focusing primarily on Intimacy and other key retail accounts that are in expansion mode. Holliman has worked with Chantelle USA for nearly seven years, and has been instrumental in building both department and specialty store accounts in that time.

Chantelle USA also added new employee Sara Greenlee as account executive in December 2009. She will be responsible for both specialty and Internet accounts. Greenlee has worked in the intimate apparel field for Ongossamer and Calvin Klein Underwear.

Winther reported that, despite a rocky start due to the weak economy, Chantelle emerged from the previous year with sales on the upswing.

“We’re very satisfied with our 2009 results,” she commented. “After a negative first half, we ended the year with a positive second half. We feel we are back on track toward sales growth thanks to the strength of the Chantelle collections and our ongoing partnerships with our retailers.”

French lingerie producer Chantelle Group was founded in 1876. Today, the brand can found in the U.S. in upscale department stores including Neiman Marcus, Nordstrom and Bloomingdale’s, as well as a variety of specialty stores. For further information, call Chantelle USA at (212) 689-4735.