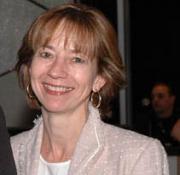 "I am very happy to welcome Patty aboard," declared Howard Beige.

Gatto told BODY, "My primary focus is building our sales team and getting the new line shored up." She noted that the addition of lingerie under the Delicious label is still a possibility, but said that decision has not been made.