To receive more info from La Perla about a particular product, Click on the photo (photo will enlarge). 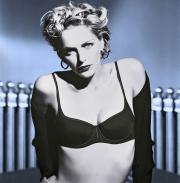 (Filed Under wholesale Lingerie News). La Perla is launching a new brand titled La Perla Toscana, boasting a “relaxed yet refined style,” according to the company. This new brand—La Perla’s first in years—is part of an overall strategy for fall/winter 2010. At that time, the company will divide all product offerings, which encompass lingerie, swimwear and loungewear, into the three brands La Perla Toscana, La Perla and La Perla Studio.

In addition to re-organizing its product, the Italian company—which boasts a significant U.S. presence—is also planning to re-vamp its fitting. According to Alain Prost, managing director of the company, La Perla will no longer be a brand for women with model figures only in order to embody the essence of Italian femininity. The company has not yet announced whether this will mean an expanded size range. Its lingerie currently runs in sizes 32 to 42, A through D, with many styles only available up to a C cup.

The Villa Toscana brand will include light-blue, lilac and natural shades, boasting a “casual chic” inspired by the Tuscany region, the company said. The La Perla line will include styles inspired by “great Italian art,” and La Perla Studio will have a metropolitan feel.

In other news, La Perla will open its 15th U.S. store in Malibu, Calif. on Sunday, November 15th. The location will measure 800-square-feet. In addition to its monobrand stores, La Perla can also be found in upper-tier department and specialty stores including Saks Fifth Avenue, Neiman Marcus and Bergdorf Goodman. Bras retail for approximately $76 to $285 with the majority priced at $150 and above.