To receive more info from Destination Maternity about a particular product, Click on the photo (photo will enlarge). 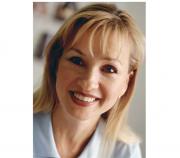 (Filed Under wholesale Maternity News). Rebecca Matthias plans to retire from her position as president and chief creative officer of Destination Maternity Corporation on September 30, 2010. The maternity apparel giant reported that Matthias—who co-founded the company as a catalog business in 1982—will continue in her current position on a full-time basis until June 15, 2010, at which point she will work part-time until her retirement. Following her retirement, she will remain available to the company’s management until the end of September 2012.

“Following Dan’s [Dan Matthias] departure as CEO a bit over a year ago, we have had an extremely smooth transition led by Ed Krell as our CEO, and we have taken significant actions to improve the profitability of our business and position it for future growth,” Matthias commented.

“I am confident in the future of the Company under Ed's leadership […] Thus, with the company's strong position and with my husband Dan's upcoming retirement from our Board of Directors this coming January, I now feel it is time to plan my own transition from Destination Maternity so that I can spend more time with my family. I am committed and excited to assist Ed and the team over the next year and even beyond, as we continue to grow the Company's position as the leading maternity apparel company in the world."